The Fast Fourier Transform (FFT) is outright one of the most used and useful algorithm in signal processing. FFT was included In the January/February 2000 issue of Computing in Science and Engineering, by Jack Dongarra and Francis Sullivan who picked the “10 algorithms with the greatest influence on the development and practice of science and engineering in the 20th century”. FFT was one of them.

If you are interested in the commented list, a SIAM News article by Barry Cipra available here gives a summary for anyone can get hold of the original papers. Citing from Cipra, the FFT algorithm by James Cooley and John Tukey is “easily the most far-reaching algorithm in applied mathematics, the FFT revolutionised signal processing.”

The great thing about the Cooley-Tukey FFT algorithm is its scaling law. While performing the direct calculation of the discretised Fourier integral takes O[N2] operations for an array of size N, the Cooley-Tukey algorithm, making clever use of the symmetries of the problem, can be done in just O[N log(N)] steps.

Now, almost 20 years in the 21st century, we got an awesome new computing paradigm, which is based on GPU acceleration. GPUs work like a treat when handling large amount of data. Especially for signal and image processing, GPUs can parallelise the task very efficiently and, bottom line, they are much quicker than conventional CPUs.

Having said that, we need to get a few things right before being able to run our codes at GPU speed. In this post, we’ll give a very short overview on how to get 2D FFT and inverse FFT algorithms up and running in Python using GPU acceleration. These functions will require the NVIDIA CUDA® toolkit, PyCuda and scikit-cuda.

The 2D FFT functions we are about to show are designed to be fully compatible with the corresponding numpy.fft.fft2 (and numpy.fft.ifft2) so that you should, in principle, be able to just drop it into your code without other major changes.

For additional documentation on the specific functions, take a look at the scikit-cuda docs on the FFT here.

OK, let’s dive into it. For all that follows we’ll leverage on the most useful pyCUDA (Pythonic access to Nvidia’s CUDA parallel computation API) and scikit-cuda.

And here’s the function. 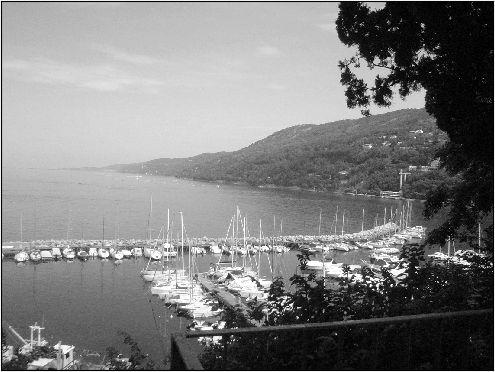 To test this function, let’s import an image in 16-bit and convert it to grayscale – shown above.

Then we compare the result of our GPU-accelerated FFT with the conventional Numpy FFT.

As you can see, the result is pretty good: you can verify by yourselves that the two output array are identical for all practical purposes.

A few comments on the fft2_gpu function.

Here’s the function to do the inverse FFT.

To test this function we calculate the inverse transform of the previous array, to verify that we get the original image back.

On the average of ten runs, Numpy FFT takes 0.31 s and GPU accelerated FFT takes 0.041, which is about 7.6 times faster on our machine.

That’s it for today. Feel free to send us comments or suggestions using the box below. Thanks for stopping by!

We use cookies on our website to give you the most relevant experience by remembering your preferences and repeat visits. By clicking “Accept”, you consent to the use of ALL the cookies. Read More

This website uses cookies to improve your experience while you navigate through the website. Out of these, the cookies that are categorized as necessary are stored on your browser as they are essential for the working of basic functionalities of the website. We also use third-party cookies that help us analyze and understand how you use this website. These cookies will be stored in your browser only with your consent. You also have the option to opt-out of these cookies. But opting out of some of these cookies may affect your browsing experience.
Necessary Always Enabled
Necessary cookies are absolutely essential for the website to function properly. These cookies ensure basic functionalities and security features of the website, anonymously.
Functional
Functional cookies help to perform certain functionalities like sharing the content of the website on social media platforms, collect feedbacks, and other third-party features.
Performance
Performance cookies are used to understand and analyze the key performance indexes of the website which helps in delivering a better user experience for the visitors.
Analytics
Analytical cookies are used to understand how visitors interact with the website. These cookies help provide information on metrics the number of visitors, bounce rate, traffic source, etc.
Advertisement
Advertisement cookies are used to provide visitors with relevant ads and marketing campaigns. These cookies track visitors across websites and collect information to provide customized ads.
Others
Other uncategorized cookies are those that are being analyzed and have not been classified into a category as yet.
SAVE & ACCEPT
error: Content is protected !!